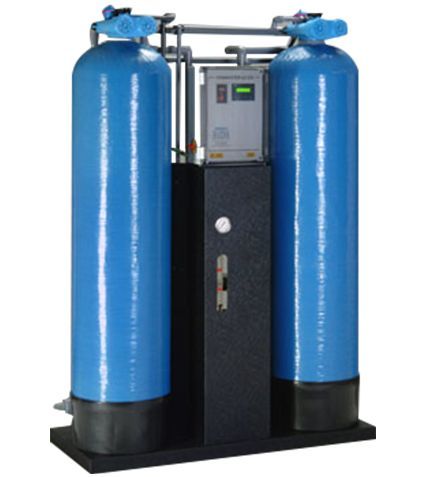 All untreated waters contain dissolved mineral salts. These salts are separated into water, positively charged cations and negatively charged anions. With the help of the deionization system, purification occurs by reducing the amount of these ions to a very low level. The deionization system is the process of removing the minerals in the water, that is, the positive and negative ions. This process is carried out by means of resin filled ion exchangers. The OH- and H + ions which are given to water as a result of the ion exchange, combine with each other to form water molecules.

Resins reach saturation point by taking the ion loads existing in the water. Anionic resins are renewed by reverse washing with caustic and cationic resins are renewed by reverse washing with acid. In deionization systems, output water quality depends on many factors such as number of tanks, raw water quality, ion exchange type and ion exchange amount. The unit where the positive ions (cation) are removed is called the cation exchanger, and the unit where the negative ions (anion) is removed is called the anion exchanger.